LONDON, Aug 27 (Reuters) – The COVID-19 pandemic has exposed the vulnerability of densely populated cities with crowded accommodation and public transportation systems to the transmission of airborne viruses.

Even if an effective vaccine can be deployed, the outbreak is unlikely to be the last, with future epidemics of coronavirus, or other airborne viruses, likely in the next few decades.

The novel coronavirus should prompt a deep re-examination of how densely populated and highly connected cities, especially megacities, can be re-engineered and made safer in the medium and long-term.

Epidemiologists have warned about the increasingly frequent emergence of new diseases since World War Two, most of them of animal origin.

Researchers identified 335 new human diseases emerging between 1960 and 2004, running from avian influenza to Zika (“Epidemics and society: from the Black Death to the present“, Snowden, 2020).

Since the 1990s, public health experts have warned with increasing urgency about the potential for a pandemic (“Emerging infections: microbial threats to health in the United States,” U.S. Institute of Medicine, 1992).

In the early 2000s, both the U.S. Central Intelligence Agency and the RAND Corporation highlighted the threat to national security and wellbeing (“The global threat of new and re-emerging infectious diseases“, RAND, 2003).

In September 2019, the World Health Organization published the first annual report of the Global Preparedness Monitoring Board, created to press policymakers to prepare for and mitigate health threats.

Presciently titled “A World at Risk“, the report warned about the growing threat from “epidemics or pandemics that not only cause loss of life but upend economies and create social chaos”.

In recent decades, public health experts have planned grimly for a pandemic of a new unknown “Disease X”, examining its likely impact on health and the economy, and war-gaming responses and control strategies.

(Disease X represents the knowledge that a serious international epidemic could be caused by a pathogen currently unknown to cause human disease, according to the WHO).

At the time, each outbreak generated an upsurge in interest and funding from policymakers, but as the emergency receded and fear subsided, governments and citizens returned to business as usual.

“Each microbial challenge has been followed by a period of frenetic activity at every level, internationally and nationally, but has concluded with a lapse into forgetfulness,” said historian Frank Snowden.

Even if an effective vaccine can be developed to control COVID-19, the threat of future epidemics, including Disease X, will not go away.

The coronavirus should therefore prompt policymakers to reconsider the underlying factors that contributed to its rapid transmission, including the structure of cities and megacities and their public health implications.

The coronavirus has revealed a set of vulnerabilities around urbanisation, overcrowding, poverty, uneven healthcare services, public transportation and aviation, that demands a deeper rethink.

Coronavirus should serve as a warning. Future epidemics, including Disease X, could be even more transmissible and/or lethal.

The challenge is to re-imagine and re-engineer them to make them more resilient, while retaining features that make them economically successful and attractive for their inhabitants.

Megacities and other primary cities have been the most economically successful areas of modern economies and a huge driving force for prosperity, with some, albeit limited, spillovers to neighbouring regions.

Cities have significantly higher output per head, higher incomes, generate a disproportionate share of technological innovation, and are more energy efficient than less-urban and rural areas.

In 2017, London’s economic output per head was 77% above the national average and more than double most other regions of Britain, an analysis of data from the U.K. Office for National Statistics showed.

At the same time, London’s energy consumption, was far below average, mostly because of its heavy reliance on public transport systems, including buses as well as suburban and underground rail.

London’s energy consumption for transport was around 3,100 kilowatt-hours per person in 2017, less than half of that used in the neighbouring regions of the Southeast (7,700 kWh) and Eastern England (8,100 kWh).

London’s transport has been becoming more efficient faster than any other region, with energy use per capita falling by 26%, compared with 13% in the Southeast and just 7% in Eastern England, between 2007 and 2017.

But the dark side of that success has been increased crowding in residential accommodation, workplaces, social areas and on public transport systems.

The critical question is whether cities, especially megacities, can be re-engineered to reduce overcrowding and opportunities for epidemic transmission, while retaining much of their productivity and energy efficiency.

Can cities be made less overcrowded to reduce transmission risks while maintaining their productivity and energy efficiency advantages?

Can cities be re-engineered through changes in land use, spatial planning and density controls, or via changes in behaviour and the way existing assets are used?

Finally, is there a case for dispersing more economic activity and population, or at least new growth, away from megacities and other primary cities to secondary cities and smaller urban areas?

How far cities change in the aftermath of the coronavirus, and in anticipation of future epidemics, depends on the balance between two forces – inertia versus rupture.

At the same time, cities and entire countries have been subject to a shock that ranks among the largest social and economic disruptions in a century, which creates intellectual, social and policy space for a significant rethink.

How much cities change or stay the same depends on how far the shock overcomes the inertia.

– Must the metropolis mutate for the virus? (Reuters, Aug. 13)

– Coronavirus is the dark side of an urban interconnected world (Reuters, May 22) 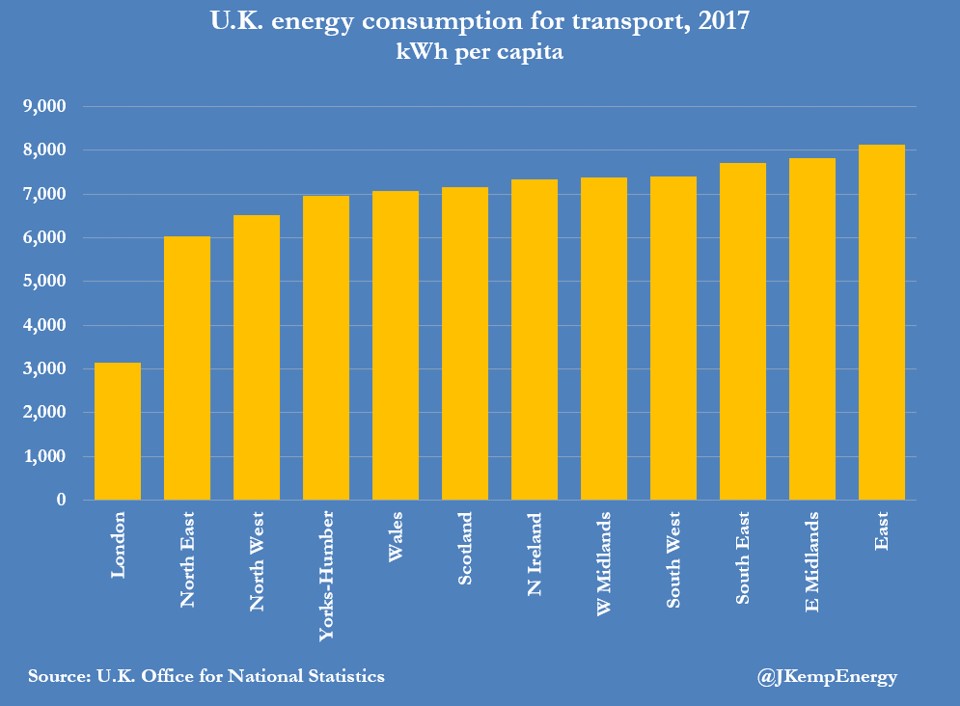 IF YOU know anyone else who might like to receive best in energy and my research notes, they can add their emails to the circulation list using this link: http://eepurl.com/dxTcl1

Want to change how you receive these emails?
You can update your preferences or unsubscribe from this list

Share the article
more
Tags: COLUMN-Disease X and rethinking the future of cities

Update on the Covid-19 Situation- What is the Prognosis

Trump Lost to Himself