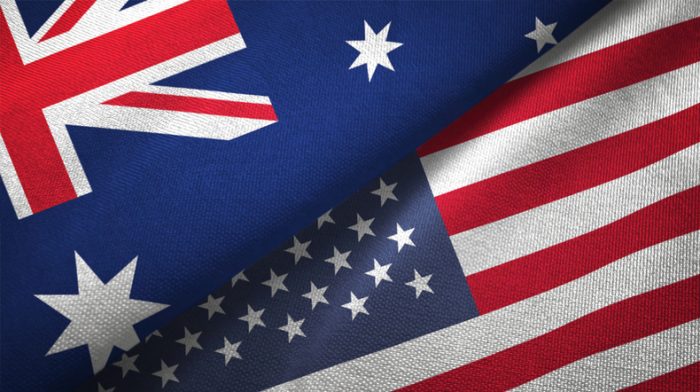 Rebranding the Australia–US alliance for the next generation

The security threats that Australia will face in the future will be increasingly complex, high-tech and dispersed across domains. Yet the young Australians who will be most impacted have few mechanisms to contribute their perspectives on and solutions to our country’s strategic challenges. To address this shortfall, Dom Dwyer and Tom Smethurst are spearheading a Youth National Security Strategy. Frankly, the initiative is long overdue.

One potentially critical contribution the strategy could make would be to update the Australia–US relationship for the world the next generation of foreign-policy leaders will be dealing with.

Dwyer and Smethurst contend that young Australians have a unique perspective on security in part because they have lived more under the shadow of terrorism than of nuclear war. They have ‘witnessed the waning of our US ally, in a story punctuated by recessions, populism and now the pandemic’, all of which has shaped their priorities. The implication that future Australian policymakers may not rate our primary security ally as highly as previous generations is worrying but by no means surprising.

A 2020 RAND article titled ‘The lost generation in American foreign policy’ argues that, since 2000, ‘A generation of Americans have come of age in an era in which foreign policy setbacks have been more frequent than advances.’ This is also true for a generation of Australians. To those born since 2000, US foreign and defence policy has been punctuated by false pretences for war in Iraq, a two-decade-long war in Afghanistan, state-sanctioned ‘enhanced interrogation’ tactics, and airstrikes on and support to rebels in Syria.

And then came Donald Trump.

During his presidency, the US withdrew from the Trans-Pacific Partnership it once led, tore up the Iran nuclear agreement, withdrew from the UN Human Rights Council and World Health Organization, and pandered to or overlooked the actions of dictators such as North Korea’s Kim Jong-un, Russia’s Vladimir Putin and Saudi Arabia’s Mohammed bin Salman. Even with President Joe Biden’s administration restoring a degree of normality to US relations, America’s global leadership and influence have taken a battering in the last two decades.

It’s no wonder Australia’s future security leaders are questioning the value of our partnership with the US.

The 2021 Lowy Institute Poll, released on Wednesday, asked Australians how important the US was for Australia’s security. Only 30% of 18–29-year-olds said it was very important, compared with 64% of those over 60. In last year’s poll, in response to a question about whether China or the US was more important to Australia, 54% of 18–29-year-olds said China, while 64% of Australians over 60 chose the US. Young Australians moving into security careers may not be as invested in our alliance with the US as in the past, which could mean great potential losses for our defence, influence in Washington and regional clout.

How might this trend be reversed? Australia’s political leaders and officials need to adopt new ways of communicating the benefits of our US relationship to the public. Rather than use tired old lines, there needs to be more cut-through and better tailoring of messages.

We need to avoid recycling phrases such as ‘US and Australian forces have fought together in every significant conflict since World War I’ and avoid the temptation to celebrate the relationship by making the focus of our success ‘100 years of mateship’. This approach is tailored to public diplomacy efforts in the US, where it has proven effective. But for younger Australians, it conjures negative associations of costly military entanglements and makes the alliance sound dated.

Emerging Australian strategists lack a connection with the stabilising role the US played after World War II and see waning utility in the US’s massive conventional military forces. They are more concerned with understanding how technology will transform statecraft and warfare, as well as non-traditional and asymmetric challenges like climate change, biosecurity, geoeconomics, non-state actors and cyberattacks.

To protect the future of the Australia–US relationship, we need to stop talking about the past. Instead, we need to communicate that our security alliance is a helpful modern tool with contemporary relevance. For example, it is:

As they say in the finance industry, recent past performance is not an indicator of future benefit. Even though there have been US foreign and defence policy missteps in recent decades, Australia reaps overwhelming security advantages from its relationship with the US, and will continue to do so.

If the Youth National Security Strategy can acknowledge this and chart a way to rebrand the Australia–US relationship, it will have made a considerable contribution to Australia’s future.

Hayley Channer is a senior policy fellow at the Perth USAsia Centre and a 2021 Fulbright scholar. The views expressed are the author’s and do not reflect the official position of any organisation or entity with which she is associated. Image: Oleksii Liskonih/Getty Images.